In Recife, we have two seasons – 9 months of summer, and 3 months of rain.  Monsoon season is a little cooler than the rest of the year in Northeast Brazil, however, the slight drop in temperature does not come without cost.  Nothing will be dry again until September and this year has been exceptionally destructive. Due to poor drainage, runoff fills the roads knee and chest-deep in some parts of the city, leading to many flooded engines, abandoned cars, and accidents. Children play in the water and steal licenses plates from frustrated drivers. The plates are loosened by the force of the vehicles pressing their way through the water and are sold back to their owners for a small profit. Despite the challenges faced all over the city, rain presents exceptional dangers for those in the slums where flooding is the worst.

At times, the slums are so flooded you have to scale the walls of the houses to get through the dirt streets, which look like rivers. The sewage water here is full of parasites that will literally (not metaphorically) crawl under your skin. Septic runoff mixes with the flooding, yet children run barefoot through the knee-deep water into and out of their homes – dirt floors, tin walls, bare wires, and water pouring through the roof. Snakes often seek refuge from these floods inside the people’s homes. Some local families don’t even have the money to buy shoes for their kids. Without shoes, they cannot go to school. In one circumstance, a single pair of shoes were being rotated between the four children so each could attend class one day a week. 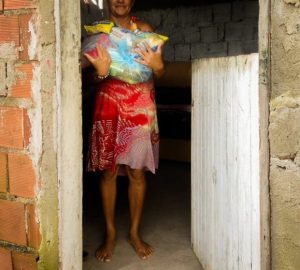 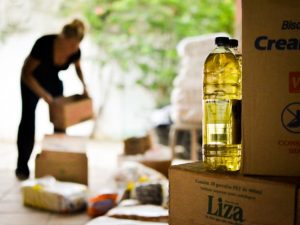 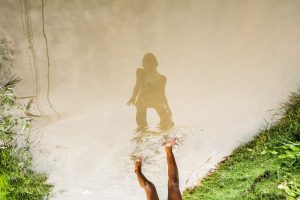 In our state of Pernambuco, thousands are displaced with homes destroyed. We’ve expanded our food and clothing bank this month to try to compensate for some of this loss. We have been so encouraged by the local communities’ response in donating food, clothes, and other necessities.

To feed one family, depending on size, for between 2 and 7 days, it costs approximately R$ 27,82. With this money, you can create what is known as a cesta básica, which includes Rice, Beans, Soy, oil, and other provisions. With the help of funds raised and food donations given to our base, we were able to distribute 65 cesta básicas to the families we work with over the month of May.

Get to Know Us